“I did not paint war pictures in order to prevent war. I painted them to exorcise the experience of war.” – Otto Dix

Human history is scarred by wars fought over ideologies, sovereignty, territory, and resources. In the first half of the 1900s, the world witnessed an unprecedented number of horrors on a monumental scale including two world wars, and the catastrophic bombing of numerous cities across Europe and Japan. On top of these events, the systematic state-sponsored genocide across the Ottoman Empire (Armenian Genocide 1915-1917), and German-occupied Europe (the Holocaust 1941-1945), targeted and killed millions of innocent individuals. Artists working in this moment responded to this global suffering and captured it for future audiences, helping us to understand that war is both a universal and personal experience.

The works presented here, by both American and European artists, capture the spectrum of suffering between 1914 and 1945. They portray not only the nightmarish experiences of battle, but also the monotony of waiting for news from the front and the trauma that people and a society may feel long after a war is over. Collectively, the artists featured in this installation present war not as a heroic endeavor, but as a destructive, tragic event.

The Nelson-Atkins Museum of Art presents this installation in conjunction with the important historical exhibition “Auschwitz. Not Long Ago. Not Far Away,” on view at Union Station through January 2022.

Organized by The Nelson-Atkins Museum of Art. 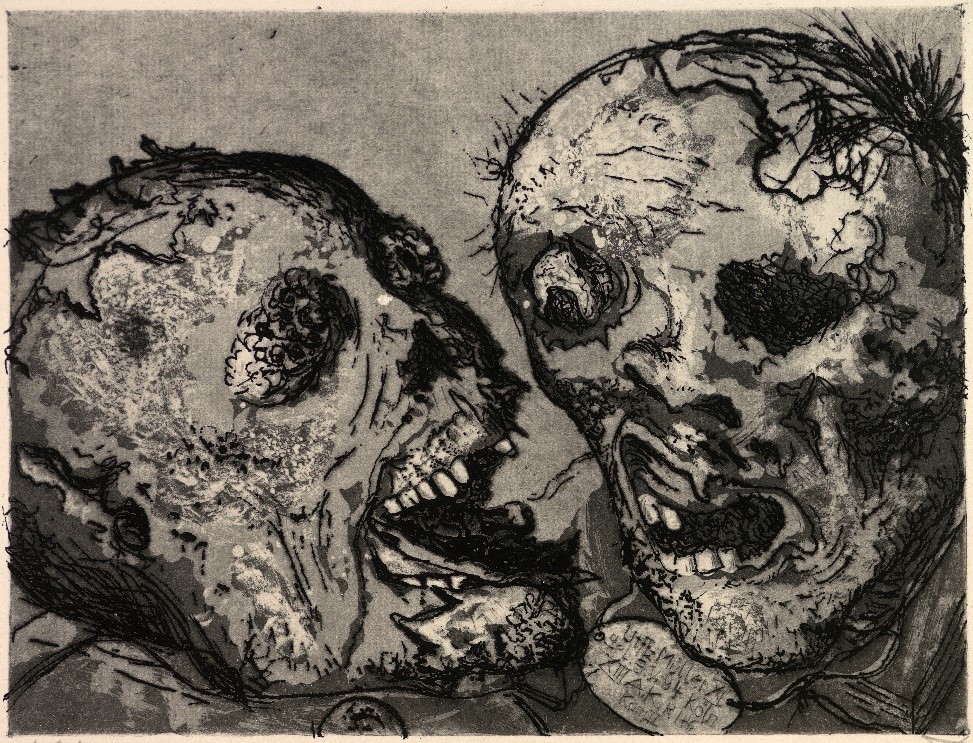