Kansas City, MO. Feb. 13, 2018–Following an extensive, nationwide search, The Nelson-Atkins Museum of Art in Kansas City has hired Hathaway Maranda as Vice President, Development, a position created to envelop the broad range of the museum’s next fundraising phase. 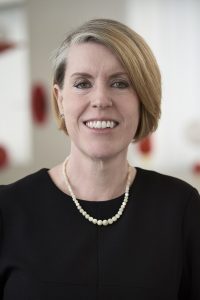 “From my first meeting with Hathaway, she articulated a powerful vision for a culture of philanthropy at the Nelson-Atkins,” said Julián Zugazagoitia, Menefee D. and Mary Louise Blackwell CEO & Director of the Nelson-Atkins. “In the few weeks she has been in Kansas City, I have watched her interact naturally and warmly with supporters in varied settings. Her hire signals the sweeping scope of the museum’s exciting future.”

Maranda comes to the Nelson-Atkins from Honolulu, where she was a pillar of the fundraising community since 2013. As CEO of her own consulting firm, she advised a number of arts organizations, including the Hawaii Symphony Orchestra and the Honolulu Biennial Foundation. Prior to that, Maranda was the Honolulu Museum of Art’s first Deputy Director for Advancement.

“The Nelson-Atkins has enjoyed great success in recent years with huge attendance figures as well as amazing exhibitions such as Through the Eyes of Picasso,” said Shirley Bush Helzberg, Chair of the Board of Trustees. “Fundraising is an integral part of continuing that success, and I believe Hathaway is uniquely qualified to lead that effort.”

During her time with the Honolulu Museum of Art, Maranda increased contributed revenue by 50 percent and increased membership by 40 percent. She also created new roles in the museum structure including social media and corporate partnerships, and upgraded and implemented a new customer relations management system.

Before moving to Hawaii, Maranda was the director of individual giving at the Sundance Institute, where she oversaw donor relations and grew individual giving more than 200 percent for that organization. Prior to that, she was the director of major gifts at the Los Angeles County Museum of Art. In 2016, Maranda was a Getty Leadership Institute Fellow.